As the years go by, more and more people switch over to Wi-Fi, simply because of the ease of access that comes with it. If you’re on a PC, and you want to rely on Wi-Fi rather than an Ethernet cable, then you’ve come to the right place.

In this article, we’ve mentioned some of the Best Wi-Fi cards for PC with some things you should keep in mind while buying one of these. Although, ethernet is much more reliable than Wi-Fi. An ethernet cable provides a more secure connection, and if you tend to game a lot, it can potentially lower your packet loss in FPS games.

With that out of the way, if you still prefer Wi-Fi over an ethernet connection, you should be aware of the best Wi-Fi cards out there. Keep in mind that some motherboards do come with built-in Wi-Fi, but that can’t be compared to the Wi-Fi connectivity provided by a Wi-Fi card. So, without further ado, here are 3 of the best wifi card for pc.

The Asus PCE-AC88 AC3100 is a great option if your MOBO doesn’t include Wi-Fi support. The Wi-Fi card comes with its own heatsink improving the card’s stability and reliability. Not just that, the card comes with an external antenna set.

The card comes with dual-band antennas that support Wi-Fi speeds of up to 2100Mbps (5GHz band), and not just that, you get support for an additional 1000Mbps! The Asus PCE-AC88 costs around $100, and although that might seem like a lot to some people, it’s a fair price for a Wi-Fi card that comes with external (Individual antennas).

You even get R-SMA antenna connectors that allow you to connect the card to any type of antennas. It’s compatible with both Windows 7 and the latest version of windows (Windows 10) and can withstand temperatures as high as 105°F.

The TP-Link AC1200 is a bit of a downgrade from the Asus Wi-Fi card, but when it comes to gaming, the TP-Link AC1200 performs much better than the Asus card. For gaming, you need a stable connection, and most Wi-Fi cards can’t provide that (they also generate packet loss which causes tremendous lag).

But the TP-Link AC1200 doesn’t have that problem, and it can support speeds up to 1200Mbps. Like the previous card, this one also includes a 5Ghz band and a 2.4 GHz band as well. TP-Link AC1200 uses beamforming technology allowing the card to focus on wireless fidelity signals to paired devices, ensuring a stable connection.

This card does include a heatsink and comes with two external antennas. Not just that, it even includes a 2-year warranty if you buy the new (and not used) one. It only costs $30.

The Asus PCE-AC68 supports almost every wireless standard (IEE 802.11 ac and 802.11n, for example). That means that the Asus PCE-AC68 can support up to 1.3 Gbps. Unlike the other two, this card comes with magnetic antennas offering the utmost flexibility. This Wi-Fi card is a lot better than the Asus PCE-AC88 and is even $15 cheaper.

The AC1900 comes with integrated Broadcom TurboQAM hardware, allowing you to enjoy the benefits of 802.11 ac wireless fidelity (for both 5Ghz and 2.4 GHz band). This Wi-Fi card includes three external antennas that can be detached because of its magnetic properties.

The heatsink that it comes with is made from aluminum, keeping the device cool (even under full-load). This Asus AC1900 includes a 2-way transmission and extends Wi-Fi coverage (and range by a factor of 150%.

There are a few things you need to keep in mind while choosing the best wifi card for pc, and they are:

There you have it, 3 of the best PCI-E Wi-Fi cards (for PC). We hope you find this article useful in choosing the best wifi card for pc, and if you have any further queries, or would like to add something to this article, feel free to comment down below!

Read More: Top Uses Of The PCI-E 1X Slot On Your Motherboard 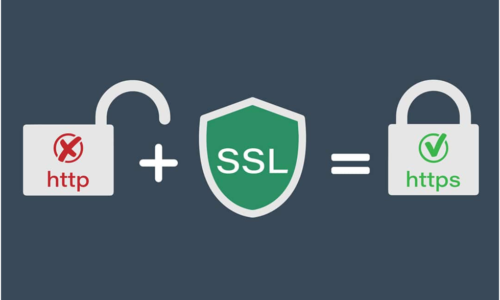 5 Preventative Methods to Reduce the Vulnerability of Your Website